I grew up a short bike ride away from the Starlite Drive-In Theatre in Easton, Pennsylvania. Don’t bother looking for the Starlite; it isn’t there anymore. It was closed in 2001 after a 55-year run, and replaced by single-family housing in 2005. I saw a lot of great (and not-so-great) movies there, mainly after 1980 or so, when the theatre changed its programming to relatively family-friendly fare. For a good chunk of the late 1970s, the Starlite was basically a grindhouse, showing double features of skeevy R-rated exploitation movies that couldn’t find a respectable home anywhere else. Often times, as my family drove home in the evening from dinner out or running an errand, my brothers and I would crane our necks to see 15 or 20 seconds of whatever was on the screen as we passed by this one section of the fence that was low enough to see over from the road. It was rarely something meant for ten-year-old boys to see. It was glorious.

By the time I was old enough to go see movies for myself, however, the days of the grindhouse were long gone. Cringeworthy, so-bad-its-good movies had shifted to the Wall of Shame at your local rental place. The stuff I glimpsed at the Starlite, and increasingly wondered if it was even real, or just some pastiche of unreliable childhood memory…that faded into Bigfoot territory. You know what you saw, but you couldn’t really prove it to anyone.

So when Quentin Tarantino and Robert Rodriguez came out with Grindhouse in 2007—a honest-to-goodness double feature complete with vintage bumper reels and fake coming attractions, all artificially distressed to look like it had come out of some cinematic time capsule buried 30 years before, I was enthralled. Tarantino and Rodriguez had clearly shown their love for this kind of cinema in every other picture they had ever done, and together, they produced a send-up of, and love letter to, these old exploitation movies.

The first feature is Planet Terror, by Rodriguez, and involves a small town in rural Texas that is zombiefied by a release of bio-weapon gas from a nearby Army base. All you really need to know is that a stripper with an M-16/M203 combo for a prosthetic leg saves the day. Anything else I write to describe it is just words.

The second feature, by Tarantino, is Death Proof, about a psycho stuntman who goes around crashing his reinforced muscle car into carloads of young women, killing them. Then a carload of would-be victims turn the tables and chase him for revenge, all while stuntwoman Zoe Bell spends what feels like an entire hour hanging on to the hood of a speeding car.

Between these dubious masterpieces are a salvo of fake trailers for non-existent movies like Don’t, Thanksgiving, and Werewolf Women of the SS. These were such a hit that two of them were actually produced—Hobo with a Shotgun, and Machete. Machete even got a sequel, which is more than can be said for Grindhouse.

The moment of truth here is in the middle of Planet Terror when the movie suddenly interrupts a scene in progress with a MISSING REEL sign and then things seem to jump ahead by about 20 minutes. The story is now completely different, and we just have to roll with it. This was such a great touch, because these old movies were so terrible and got replayed so any times, that nobody ever handled them with care. So yeah, they did look really distressed and they lost chunks of footage all the time. But hey, if there was ever a movie where we could lose 20 minutes and still follow it, it’s Planet Terror. (Death Proof pulls a similar trick with deteriorating color, but it doesn’t work quite as well.)

But that’s not really the point. The point is that this is something that only could have happened to movies from an era where the only place to ever see them was at the theatre, after which they faded into memory. If a movie had some crazy jump because a part of it was actually missing, it was up to you to make sense of that. This is a hard concept for people born in the age of video to understand, but believe me, there was a time when movies like Meatballs and Star Wars somehow competed for the same real estate in your brain because you weren’t gonna get a chance to see either one again any time soon.

Grindhouse was a failure at the box office, even though the critics loved it, and to be honest, I’m kind of glad. This only way this movie could have been legit is if it didn’t make a ton of money. The last thing we needed was people turning this old kind of movie-making into something it wasn’t. No, this movie belongs in the grimy shadows with the other freaks, weirdos and sickos that inspired it. It’ll be safe there. And that way, I’ll always know where I can find it. 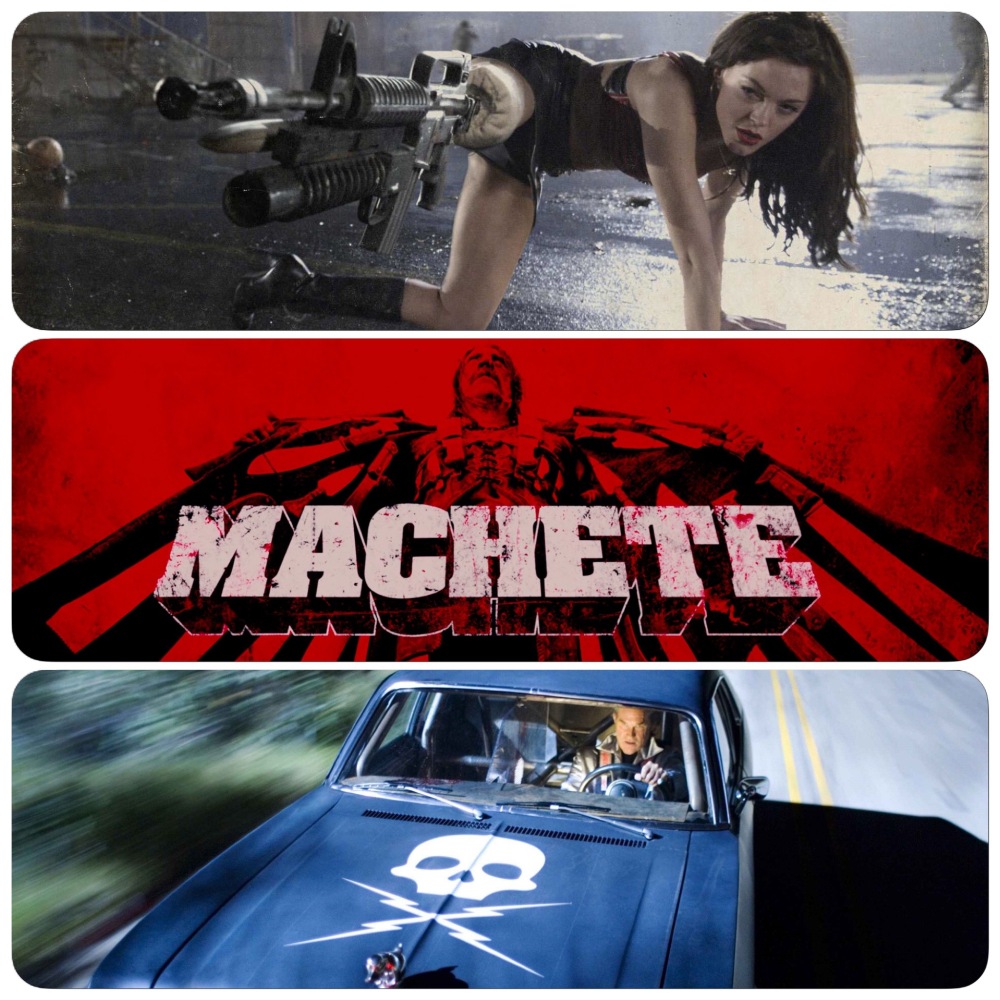