I normally pick my next entry in this series at random, but events this past week have inspired me to make an exception. NASA has announced the discovery of Trappist-1, a super-cool dwarf star with seven Earth-like planets all surrounding it in very close orbits. Each of these worlds is closer to Trappist-1 than Mercury is to the Sun, but because Trappist-1 is so cool, at least three of these planets are within the so-called “Goldilocks zone” where we might expect to find life. Two more are on the edges of that zone. All in all, we have found a place teems with potential new homes for humanity, or might already be homes to alien life. And at only 40 light-years away, it’s basically right in our galactic neighborhood, suggesting that we might not have to go nearly as far as we once thought to find a planet somewhat similar to our homeworld. This is, simply put, some of the most exciting astronomical news we have received in a very long time. And depending on what we do with this information, and what more we learn of Trappist’s worlds, this discovery might be one that has a profound impact on the direction of our species.

The devil is in the details, however. Indeed, this star is only 40 light-years away, which considering the scale of our galaxy, is indeed just a trip across the street. But in the scale of humanity, it’s an impossible journey, given our current technology. To give you a sense of how far it is to Trappist-1, if you were to drive the distance from the Sun to Pluto at highway speeds, it would take you 6,000 years to complete the trip, and that’s only 328.4 light minutes. 40 light-years is a hell of a long ride. That is, if we never figure out a faster way to cross the distance.

But until we do, grappling with the enormity of space travel remains a big conceptual gap for a lot of folks who don’t normally dwell on such matters. But one of the greatest illustrations of it is the opening scene of Contact, the adaptation of Carl Sagan’s novel of the same name. This opening is also the movie’s moment of truth for me, for we begin right over the Earth, listening to radio communications in real time. We begin panning back, farther and farther out, past the moon, past Mars, past the asteroids, Saturn, Uranus, Neptune, Pluto…out past the next closest star. And as we keep retreating into the cosmos, the radio traffic we hear gets older and older until we realize we’re at the distance that our earliest radio signals have reached now. And even then, it’s just not that far away, in galactic terms. Farther out we go, into the silence of the void until stars whip by faster and faster, and we hit the edge of our galaxy, and that recedes until we see another galaxy, and then another. And soon, they fill the expanse as thick as stars until we are so incredibly far from home that we begin to just hit the very beginnings of the enormity of the universe. That is what we are such a small part of. Within all of that is our pale blue dot. Our one and only home.

That’s just the setup; a conceptual prologue for the story to follow. Which, to be honest, I am not a huge fan of. Dr. Ellie Arroway works for SETI searching for signals from extraterrestrial intelligence. She hits a number of roadblocks, both personal and professional, on her quest, but she eventually discovers a signal amid all of the universe’s background noise that could only have come from aliens. When the signal is received fully and decoded, it contains the blueprint for a kind of wormhole vehicle that would allow humanity to travel to the far corners of the universe. Once this secret gets out, the government immediately takes interest in things that just a few days earlier it would have been happy to de-fund. And while the Ellie Arroways of the world should be free to run this project as the natural experts in this field, bureaucrats interfere, as do religious factions suddenly interested in whether our first contact with an alien species will be made by somebody who presents a belief in God. Sagan himself seemed to take a dim view of religion as a means of explaining the universe, and here in Contact, he makes the point that if we’re given a chance to actually see other worlds and speak with other alien civilizations, religion will try to make one last effort to keep us in the dark ages. It’s a heavy-handed point, and honestly, not one particularly well made in this story, feeling more like an unnecessary source of conflict in a story that hardly needed one. Nevertheless, Elle does get to take that trip on the alien vessel, and see things no human has ever seen, and which fewer are prepared to understand. When she comes home, people are only too ready not to believe what she reports—another leaden effort to undermine Sagan’s own optimism in humanity for the sake of keeping the story grounded.

For the ways in which Contact doesn’t really work for me, I still love the spirit of the thing, and the thesis behind it all: that if we play our cards right, humanity might still get that chance to cross the distance between us and the next star to the left and see what’s there. But first, we have to prove ourselves worthy. After all, it’s an awfully long way to go, both to travel a starship, and for us to progress as a species. 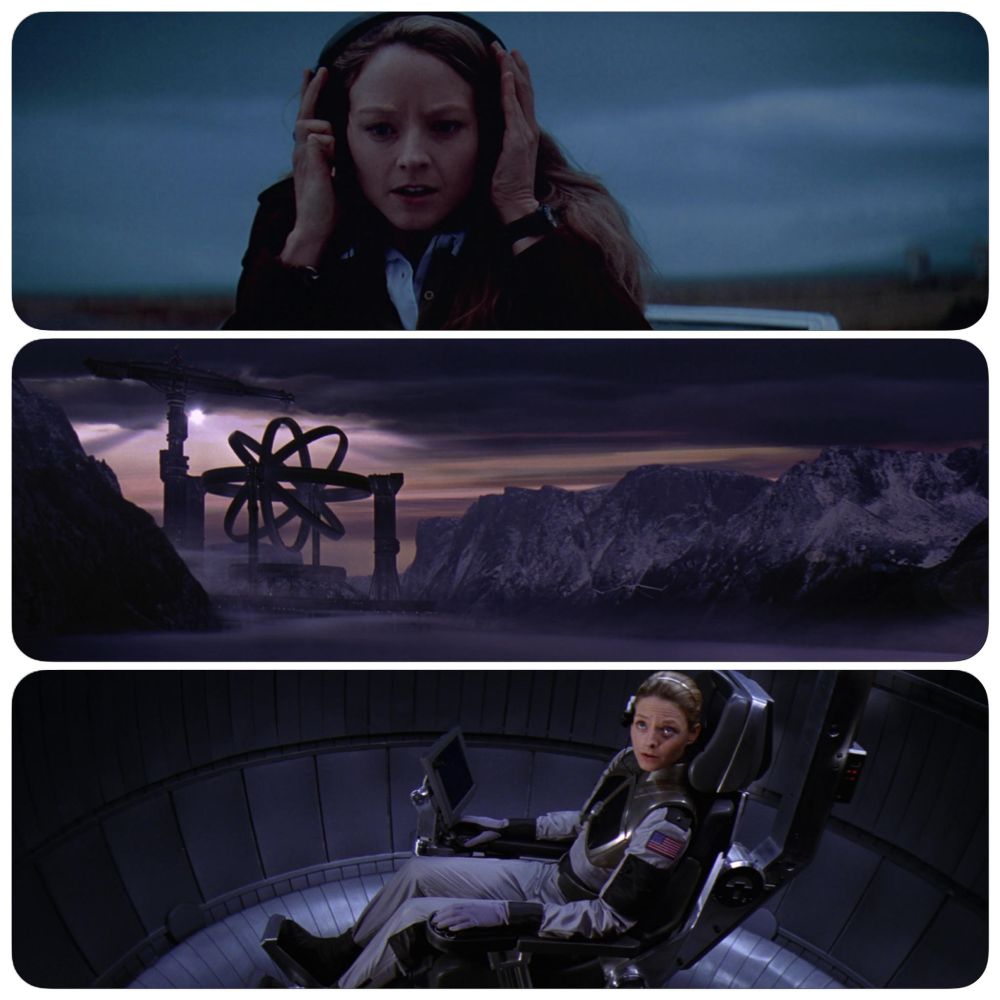