The teen sex comedy is that movie genre that Hollywood likes to keep locked up in the attic. It’s always popular, brings plenty of folks to the theater, but it’s gratuitous raunchiness makes it somewhat disreputable. But there was a time when these movies captured a distinct aspect of what it was like to grow up in an era before everybody had enough internet access to facilitate their sexual awakening however and whenever they wanted. And while a lot of these movies are forgettable at best, and regrettable at worst, there are still a few that transcend the genre, and Fast Times at Ridgemont High is one of them. It’s a time capsule of early 1980s SoCal adolescent coming-of-age adventures about sex, drugs, rock and roll, growing up a little faster than you mean to. It’s about Sean Penn riffing stoner one-liners. It’s about Judge Reinhold throwing a pirate hat out his car window. It’s about Jennifer Jason Leigh noticing the graffiti in a baseball dugout. And it’s about Phoebe Cates emerging from a swimming pool in what might be one of the most highly rewound scenes of the VHS era.

The story involves a bunch of kids as they go through their final year of high school in some unnamed part of southern California, but which everybody knows is really the San Fernando Valley. The kids work crappy jobs at the mall or burger stands, they scrape together whatever money they can get to go hit the movies or buy Van Halen tickets or score some weed, they go out on dates and hook up…and then they roll their eyes through another week of school and repeat the process. Brad is a popular guy who can’t quite get over that his girlfriend dumped him before he would have dumped her for the same reason: to enjoy a more footloose senior year. His sister Stacy is a 15-year-old sophomore and the dramatic center of the movie, as she goes through her first sexual encounters by passing herself off as 19, only to find out that early sex is usually awkward, painful and unsatisfying, but rarely so awful to not try it again. Jeff Spicoli is the perpetually stoned surfer dude who clashes with the hard-assed history teacher Mr. Hand in a battle of wills that will last the entire year, but which never bubbles over into outright warfare. Mark Ratner is a shy geek who has a thing for Stacy but can’t work up the nerve to make a move on her, even when she practically throws herself at him. Mark’s scumball friend Mike Damone gets the same chance with Stacy, and takes advantage of it, while proving to be the least worthwhile of Stacy’s partners.

It all ends with the conclusion of the year, and the kids moving on to whatever awaits them after graduation. There is no grand drama to resolve. There is no huge finish. The last dance of the year is kind of a big deal, but only because Mr. Hand shows up at Spicoli’s house and has a one-on-one history seminar with him to make up for all the time Spicoli wasted in class. There is no graduation ceremony. Life just goes on without anybody undergoing any kind of mythic transformation. It’s the least Hollywood progression you’ll ever expect from a coming-of-age movie, but that’s kind of the point. We don’t typically hit these benchmark points in life and suddenly become different people. We pass mile markers, reflect for the moment all that we’ve seen and done and experienced, and we gear up to do it all some more.

And that is where Fast Times at Ridgemont High deserves so much credit. While its characters are mainly kids trying to act like adults and failing more than succeeding, the writing still treats them with intelligence and respect, and without passing judgement on them. This is not a movie meant for adults to wag their fingers at kids. It’s for everybody to remember what kind of teenager that they once were, too. We see that especially in Mr. Hand, who might be annoyed at these kids hellbent on learning nothing, but he’s not about to make their lives hell over it, either. He was a kid once, too, and he knows that nobody can really keep them from making the same mistakes—or having the same fun—that you did..

Fast Times at Ridgemont High is a gradual accumulation of a million little details about growing up that looks at teenagers in a fairly timeless manner. This movie relates with its audience in a way that very few other teen sex comedies ever do, mostly because while there’s plenty of comedy and sex, this is really about what it’s like to be a teenager. Our first jobs, our first romances, our first efforts to figure out who we are and who we want to be…they all kind of suck, for the most part. Everybody makes those mistakes that we still cringe many years later, but they’re what make us who we are. We see the characters of Fast Times going through it all and we can’t help but nod in appreciation: Been there, done that.

And nowhere do we see this better than when Stacy takes Mike into a poolside cabana for a romp that is over way too soon, and yet leaves them both with some pretty big decisions to make. The way Mike handles it (or doesn’t) shows that acting like a man and manning up are two very different things. Meanwhile, Stacy’s brother Brad shows that some things are way cooler than a car of your own, or great clothes or a killer rep. Like covering for your sister and asking no questions. The conversation they have when he gives her a ride home from the “bowling alley” is a moment of truth if ever there was one. 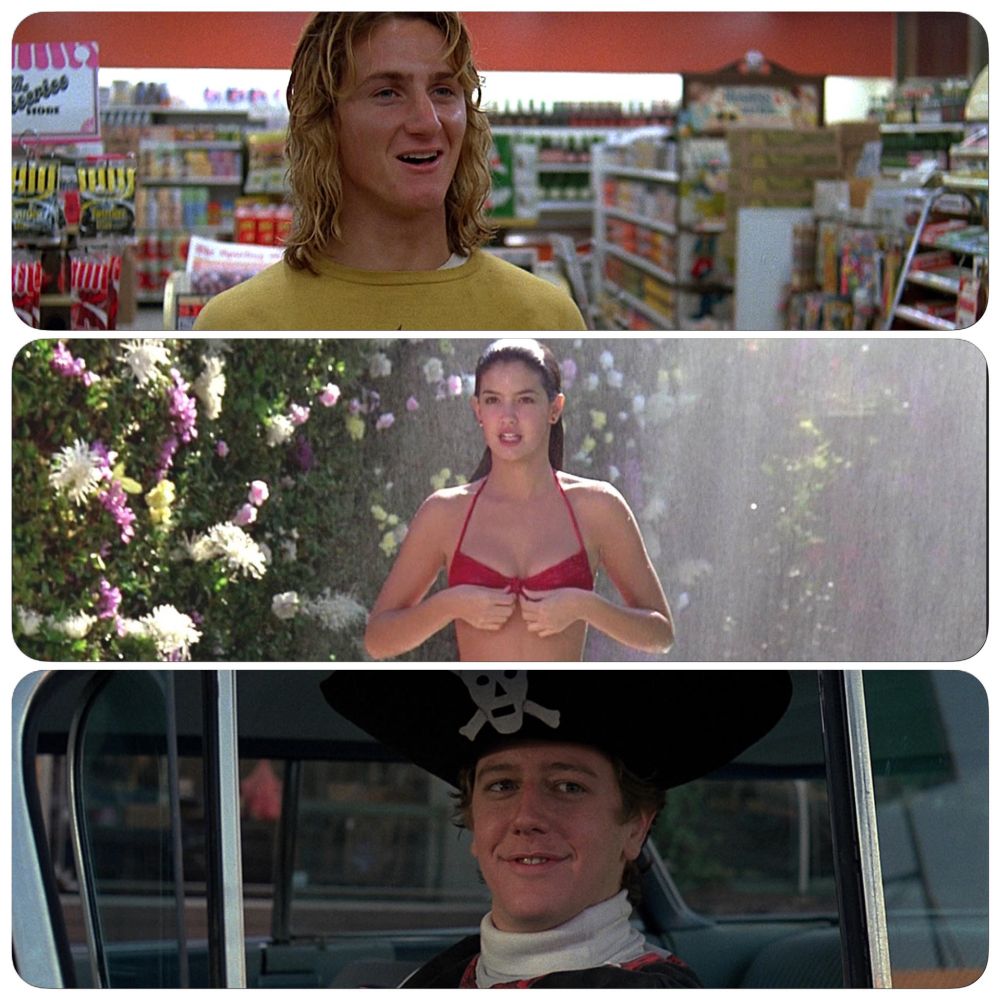