It’s fashionable to deride Hollywood for remaking old stories or remaking their remakes, and for the most part, that criticism justifies itself. After all, who can really mount a defense of derivative schlock churned out by half-hearted studios? But for every rule there is an exception. And to that, let us consider Michael Mann’s 1992 version of Last of the Mohicans as the grandest exception of them all. Not only is it a screen version of James Fenimore Cooper’s beloved 1826 novel, it is the eleventh such screen adaptation, and very closely retreads George B. Seitz’s 1936 version. But all this proves that sometimes the quality is in the execution, as this movie stands apart as true cinema. Beautifully shot, directed with a maestro’s care and attention, and played by a fine ensemble, Mann’s Last of the Mohicans might just be one of the most finest adventure movies filmed in living memory, of not one of the most beautiful ones.

The year is 1757. In Colonial North America, the French and Indian War is reaching a fever pitch, and things aren’t looking good for the English. In New York, British Army Major Duncan Heyward escorts Cora and Alice Munro venture to Albany to join their father, Colonel Edmund Munro, who leads a local campaign against the French and their many Native allies. Along the way they are betrayed and ambushed, but saved by a trio of heroic Mohawks—the elder Chingachgook, his son Uncas, and Hawkeye, a white man adopted by Chingachgook and raised as a Mohawk. As they journey into enemy territory, Uncas and Alice fall in love, as do Cora and Hawkeye (much to the displeasure of Heyward, whose love for Cora is both deep and unrequited). But this romantic pentangle must wait, as soon General Munro’s fort teeters on the edge of defeat, and the murderous Huron Magua lurks in the background, hellbent on exacting a terrible revenge upon Munro and his daughters. All that stands in Magua’s way are Hawkeye, Uncas and Chingachgook—the last of the Mohicans.

This movie is just a treat for the senses. Michael Mann, a director with no small reserve of technical prowess shoots the action in such lush woodland that you half expect a unicorn to prance through at any given moment. A transcendent soundtrack by Clannad adds to the ancient, ethereal quality of the proceedings. And the statuesque beauty of Daniel Day-Lewis, Madeline Stowe and company kind of make you wonder if this is what it would look like if the United Colors of Benetton colonized the New World and then began fighting over it.

All combined, Last of the Mohicans trades historical accuracy for a general sense of time and a loose imagination of our American past so it can get to the real meat of things: telling the romantic story between Hawkeye and Alice, and serving up some remarkably engaging scenes of adventure as we see time and again that just because the frontier looks verdant and unspoiled, doesn’t mean there isn’t a quick demise waiting for you around every tree trunk.

We don’t see too many movies set this early before the American Revolution, and as such, we get a refreshing view of life in the Colonies when the thought of rebellion might have been distant, but not by a whole lot. The English are overbearing in their governance, but hardly considered the tyrants we Yanks make them out to be in this particular era. It all leads to a shifting landscape where loyalties can go in many different directions at once in a world that is not so settled that newfound law can extend everywhere. But it is a world that is settled enough that the land’s most ancient ways are swiftly receding into oblivion, forcing those who live by them to make difficult choices about what kind of future they want for themselves…if they want one at all. In this battleground of competing cultures, freedoms and obligations, one gets the sense that the way forward for anyone must be uniquely their own. Those who choose to let others craft a destiny for them inevitably find disappointment at the end of their journey, if not an even crueler fate.

The most fascinating element of this story, though, is the role of its many Native characters—entire nations of people suddenly found displaced from their own land by an onslaught of European settlers whose way of life is completely foreign and leaves nothing untouched in its wake. Those who engage with the white men find themselves altered by their experience, like water touched by whiskey. Those who retreat from this strange new world do so knowing that they are only buying time against an inevitable conclusion. This world might not have been theirs, but it is most definitely becoming the white man’s, and they know that soon whatever place is left for them in it is at their visitors’ cruel discretion.

This sad fate makes the movie’s finale all the more tragic, as we see Uncas, Chingachgook and Hawkeye confront Magua’s war party in a thrilling cliffside battle sequence that delivers transcendent thrills. In the background we see the glorious mountains. In the air, we hear the repeating strings of some of the best movie scoring in recent decades. And all the while, we watch a slaughter that soon is less about heroes and villains than it is about a doomed people who all lose this fight no matter who survives it. The moment of truth comes after we see Chingachgook’s ferocious display of paternal devotion, and a battle on a precipice that is both literal and figurative. At last, the fighting for him and his people is over, but at what cost? As he looks out over the horizon of a new day, with those beside him who will inherit it, he knows better than anyone that the final people of a once proud nation take little comfort from those they slew to get there. Who could? 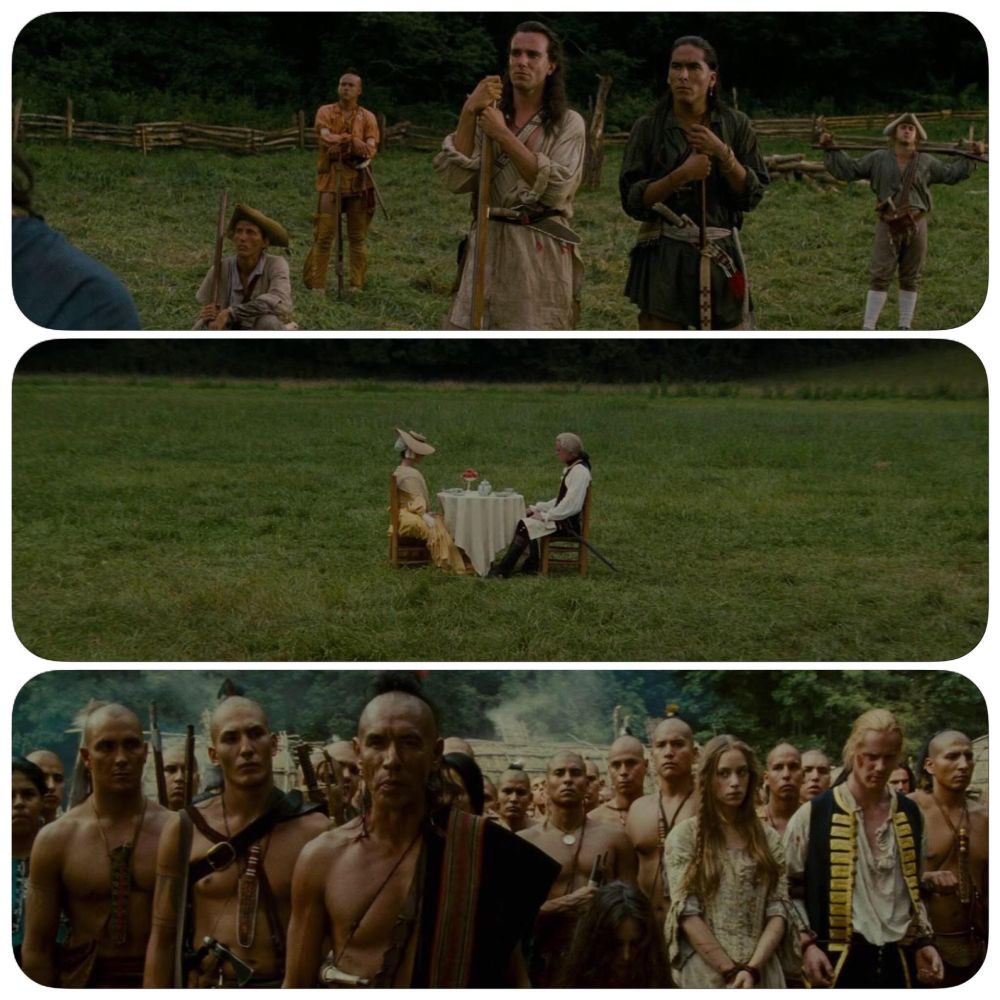