Martial arts movies have come an awfully long way in the last few decades, elevating themselves from poorly overdubbed Sunday matinees to some truly wondrous and epic affairs. There are a number of standouts here, from silly to sublime, but one that demands special attention is a tale of unreliable narratives, set within each other like weapons-wielding nesting dolls. Together, they show how a life of battle can pave a road to truths grand enough to bind an entire way of life. That movie is Jet Li’s Hero.

In ancient China, independent warring states vie for control of the entire country. The emperor of Qin is poised to beat all of his rivals into submission with his invincible army, so superhumanly talented assassins are sent to eliminate him. Having already survived one very close call, the Emperor now lives in isolation, within a safe room, guarded by archers, inside a fortress, behind a legion of bodyguards, within another fortress, within a walled city. The guy is impossible to get to, but he’s not taking any chances, because he knows that the assassins who are after him—named Sky, Broken Sword and Flying Snow—cannot be stopped. So, when a lowly sheriff from an outlying province shows up with proof that he has single-handedly defeated not one, but all three assassins, the Emperor invites this nameless hero for a chat. And as the Hero and the Emperor discuss what happened, what might have happened, and what definitely didn’t happen, we learn that both of these people know more than they are letting on. Their conversation becomes a kind of drawn-out battle that will end with somebody dead, and the soul of an entire civilization hanging in the balance.

Holding this story together are some of the most breathtaking fight scenes ever choreographed. They are long, complex, inhabit dazzling environments and stress the artistry of motion and the poetry of violence that can only occur between master warriors. The very first scene, an epic clash in a rain-drenched outdoor chess parlor, would be reserved for the climax of most films, but in Hero, it is merely an introduction. As the film progresses, the fight scenes each explore a particular range of motion, a different emotional state, a different recollection of memory. The film’s battles become color-coded as they represent different representations of the truth, each so exquisite in their detail that one could be forgiven for not really caring which one is the real story.
For a movie that is about spilling blood, Hero is remarkably lovely. The costume design, set design, the actors themselves, the weapons, the motion of everything, even the wreckage left behind every time these warriors draw their steel…it is all meant to deliver a unique kind of visual splendor that becomes a meditation on beauty itself, and where it might be found. In the heart of the desert. Before the approach of an unstoppable army. During the middle of a massacre of innocent calligraphers. At the moment when one lover must strike down the other. But most of all, Hero shows that under the right circumstances, at the right time, for the right reasons, between the right people…battle can be beautiful. Tragic, but beautiful.

It is a curious thing that humans would put ourselves to such a place physically, mentally, emotionally, and perhaps even spiritually. But we do, and it empowers a great deal of our art, because all that effort and building just to engage in an act of elaborate destruction underscores how wonderful, how empowering, how invigorating, how liberating, and how enlightening it is to strive for something, even if that something we strive for spells our doom.

For every person who is repelled by war, there is another enthralled by it. This is a central part of humanity. We are destructive creatures, and we love that about ourselves. How we admit to that love takes many different forms, and that’s where it gets complicated. But that love is there. And we are always better for admitting it to ourselves than pretending it does not exist, or that it is something we must eliminate from our character.

Hero explores this without fear or hesitation or confusion. When we see one lover stab another in a fit of jealousy, we see it as violence, and we are repulsed by an act of senseless rage. When we see a pair of assassins carve their way through a phalanx of the Emperor’s bodyguards, we see it as combat, which can only ever end in relief for having survived, or sadness for having lost. But when we see the warriors of Hero putting their skills on display time and time again, we see it as something beautiful. And not so much because these moments are set amid scenes of remarkable color and scenery. But because the warriors themselves see those moments for what they are; moments of impossible beauty.

Hero conflates beauty and beauty, if only for that we might admit for a moment that there is a part of us that is never happier than when we are willing to risk our very being to the opposition of one who is doing and feeling the exact same way.

There is a reason why this movie conflates love and sex and anger and bloodshed in the way that it does. Our need to create and our need to destroy are intimately linked. And with every sword stroke, with every clash of blades in Hero, we see a closeness and a kind of tender familiarity we might only ever reserve for our closest loved ones. Ion this way, there is no surer way to destroy something than to love it. And there is no surer way to love something than to destroy it. We are complicated creatures. Hero knows that. And it wants to make sure we never forget it. 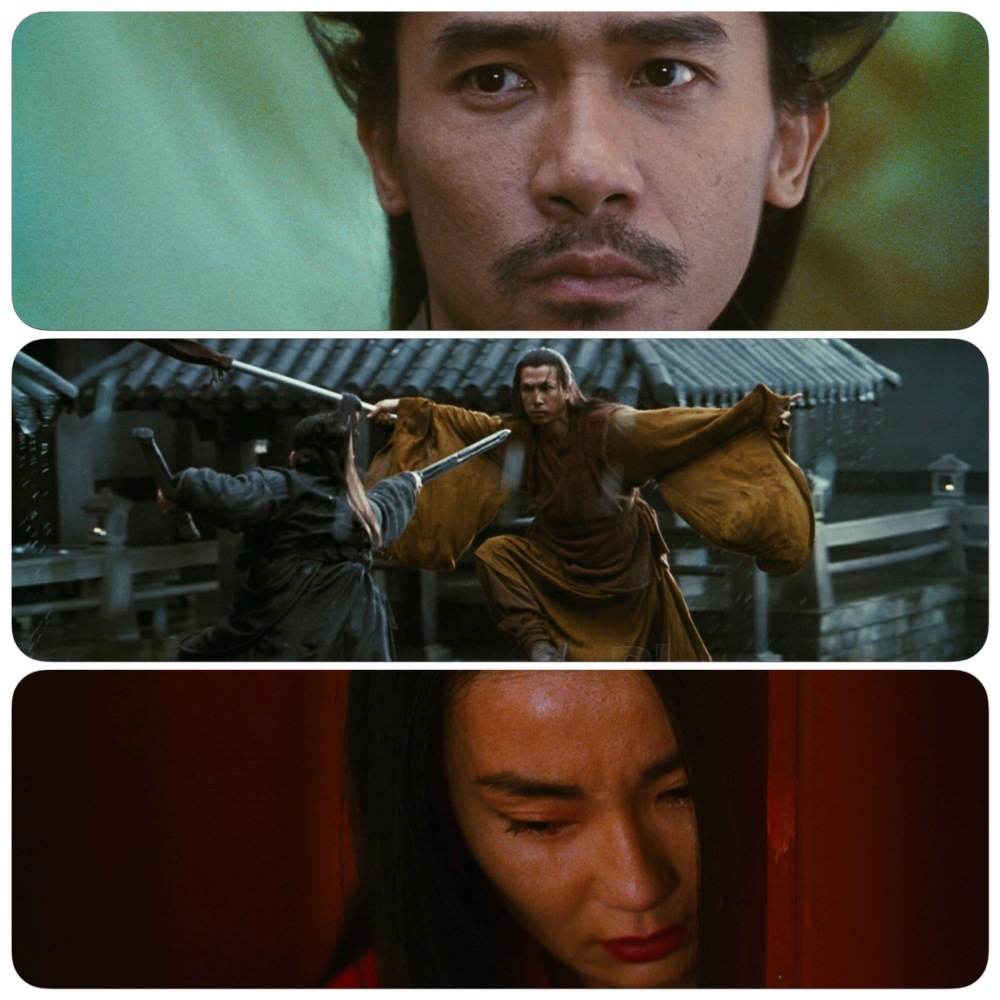