Movies have often been a format of choice for grand spectacle—especially so in modern times, as budgets and tech have supercharged cinematic imaginations to a scale previously thought impossible. But for all of the immensity of our most successful movies nowadays, there remains a place for the smaller story, the more intimate narrative, the tale of just a few characters. Storytelling of that type takes particular skill and finesse, though. With so few moving parts, it takes that much less for the slightest misalignment to throw the entire effort out of whack. But when this kind of movie-making works, it can be sublime. And for a perfect example of that, let us turn to a nearly one-man show about a fateful night drive, a host of bad decisions and the inescapability of our own actions. Locke.

The story begins as construction foreman Ivan Locke is leaving a major construction site in Birmingham, England, where he is overseeing the biggest-ever concrete pour of its kind the following day. But first, a quick drive home and a nice evening watching a much-anticipated soccer game with his family. And that’s when he gets it: a phone call from Bethan, a colleague with whom Locke had a one-night stand seven months before. Unbeknownst to Locke, she became pregnant from their rendezvous, and now is in premature labor in London. Frightened and alone, she calls for Locke to be with her during the childbirth. Locke chooses to go to her, and creates a massive cascade of questions he must answer to a wife to whom he has been unfaithful, to a boss who wants to know why his foreman won’t be at a very technically challenging concrete pour, and to the ghost of Locke’s own father who abandoned the family when Locke as a child. He has the space of a two-hour drive in which to deliver his answers, and while that might not seem like a long time, but it is more than enough to throw a wrench into every major detail of one’s life.

“Man destroys his marriage, career and reputation while driving his car” might not sound like the most compelling movie pitch. And the delivery of this movie—a single actor in his car for 90 minutes while all other performances are literally phoned in—might seem like a cheap gimmick. But that’s okay, because the performances behind it all are what make Locke happen. Tom Hardy gives a master class in one-man-showmanship, holding our attention as he tries to keep the constituent parts of his life from flying apart. Olivia Coleman does a hero’s work as Bethan, whose pregnancy seems like a sad attempt to make up for lost time. Tom Holland brings us a heartbreaking turn as one of Locke’s sons who learns in installments that his own home life is about to change forever. Every person in this movie delivers ten times more performance than the parameters of the story should have let them. And yet, that is exactly what they do, as mere voices on the phone while Hardy himself never even leaves the driver’s seat. Rarely do so many actors get callouts in a review such as this, but the heart of Locke rests squarely upon their talents, for there is nothing else to rely on. That it works is pretty amazing. That it works so well is some kind of miracle.

Performances aside, there is still a compelling story afoot here, even though we can guess pretty early on how it will all end. Locke is a man caught between conflicting priorities between his obligation to his family and his obligation to his work. He stands at a singular inflection point in his life where he will either reach rarified professional heights or will crash and burn from a single, titanic failure. And while there is never a good time to commit infidelity, Locke’s transgression occurs at a when his kids are the perfect age to understand the impact of their father’s unfaithfulness. Given all the things that are at stake, one wonders why Locke makes he decisions he does. After all, he could easily preserve his life and deny his new, illegitimate son. It wouldn’t be the right thing to do. But it would be the easy one.

And that is where the movie hinges, not in Locke’s conversations with his heartbroken wife, or his distraught children, or his furious boss, but with his memory of his own father, to whom Locke speaks by staring into the rear-view mirror. Locke’s own choices are a way of refusing to repeat the sins of his father. But in so doing, he just creates new reasons for his own children to view their dad as a role model of what not to do. We see it clear as day. But Locke just doesn’t, and witnessing that disconnect yields a special kind of heartbreak.

This whole movie is a giant moment of truth for Ivan Locke, and a meditation on how our lives are far more fragile than we think. But if there is a single point in this tapestry of regret that stands out, the it is one that really shines upon a second viewing of the movie, once we know what is to come. Very early on, as Locke is leaving his work site, he gets that first phone call from Bethan. The baby is coming and she is scared and he can’t just abandon her. And so there he sits at a literal and metaphorical intersection, in darkened silence, wondering what to do. We know what will transpire will be a catastrophe, and we almost beg him to turn another way. But he does not. And when we hear his blinker switch from one direction to another, we know it signals a whole lot more than which way the car is going to turn. 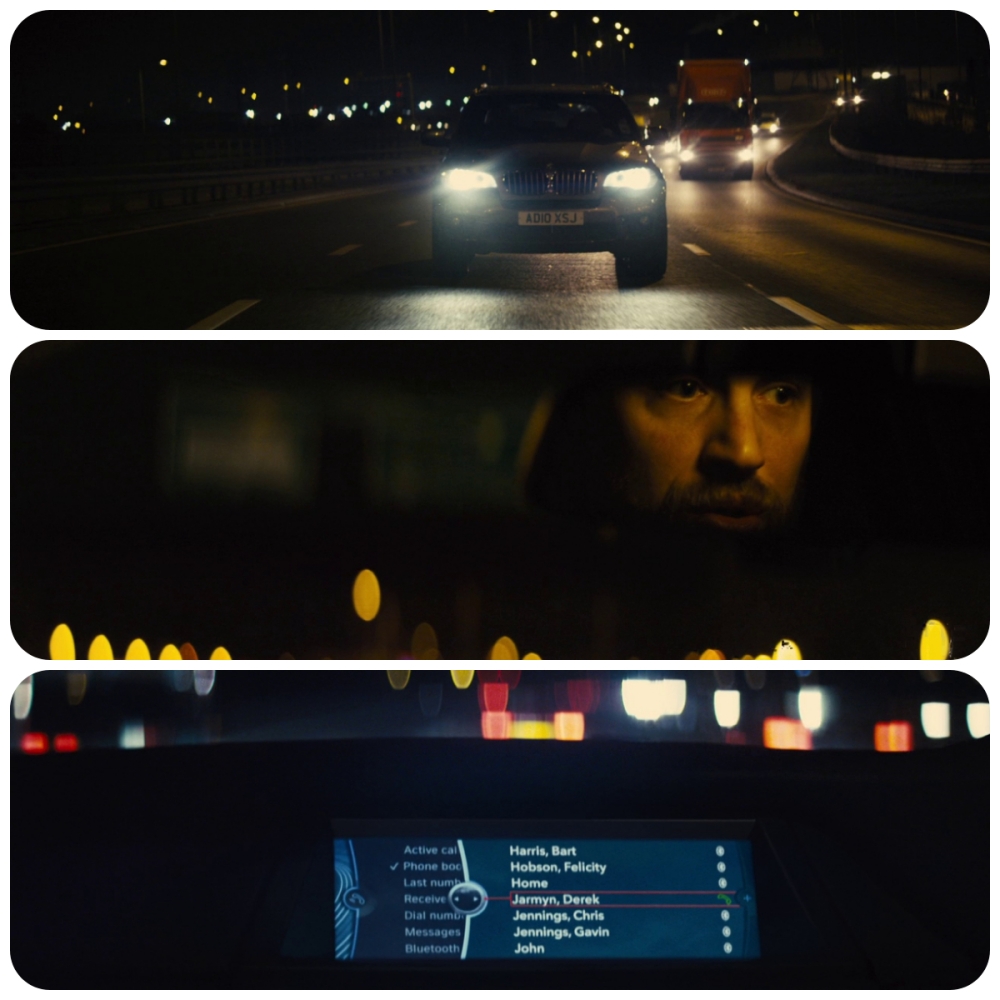