If rescuing a damsel in distress wasn’t such a compelling story idea, Hollywood wouldn’t keep cranking out variations of it year after year. There’s something about it that speaks to the male psyche in particular: the need to be needed, the ability to be strong for another; the opportunity to deliver one from harm. Most times, such movies are forgettable exercises in what feels like morally justifiable violence. But we rarely stop to ask ourselves what kind of person takes on the role of avenger and why they are willing to dwell within the most repugnant folds of human existence. That’s where the real story is. And that’s the kind of story we get in You Were Never Really Here, a crime thriller that doesn’t just chronicle the events of a twisted tale of murder, exploitation, corruption and conspiracy. It takes an unflinching look at the workings of a damaged mind and its struggle to see the light with vision almost entirely obscured by darkness.

The story takes place in modern-day New York city, where a hulking enforcer named Joe makes a living by taking jobs rescuing girls from human trafficking. Somebody fears their daughter has been swallowed by some slavery ring, and they pay Joe to find their little girl and bring her home by any means necessary. For Joe, that usually means wading into some horrible place with a ball-peen hammer and coming out covered in blood but with a rescued young woman in his arms. He doesn’t get paid much, considering the kind of work that he does, but it’s enough for him to support his elderly mother and himself as they live in Joe’s childhood home. There, he wrestles with a lifetime of trauma, from the abuse his father inflicted upon him as a child to the many horrible things he saw and did as both a soldier and as an FBI agent. Suicide is a constant temptation, and the only thing that seems to get Joe through the night is the promise of another job in the morning. But when he takes a job on behalf of a VIP in the state government, what starts as a simple smash-and-rescue turns into a one-way ticket through the heart of a dire political conspiracy in which no one is meant to survive. The thing is, traps like these work best on people who are afraid to die. Joe’s problem is finding a reason to live. Killing everyone who gets in the way is the easy part.

You Were Never Really Here is a fairly straightforward rescue-and-revenge caper in the grimy corners of the big city, the kind we have seen a hundred times before. The early victories, the inevitable betrayals, the prices to be paid, the decisions to seek resolution…they are all as familiar as in any grindhouse entry. But what really elevates this movie above its genre niche is the deep pain of its hero, and the veracity given to it by yet another masterful performance by Joaquin Phoenix. Action heroes often carry a veneer of darkness or past trauma, but in this movie, it’s Joe’s central detail. His damage is so extensive and so omnipresent that it’s a wonder he is able to function at all. That his clarity comes forth in the form of a kind of muscle memory dedicated to saving innocent children speaks volumes about what kind of guy Joe was before his life took so much from him. And it’s the kind of thing that reveals itself the more we see Joe survive from day to day, whether that means navigating a trip to the corner grocery or casually fighting off back-alley attackers, or performing self-surgery on his extensively scarred body without a whimper.

The story itself also takes us on a twisted path that at first leads us into familiar enough territory. Before the first act is over, though, we have seen enough of the filth and despair of Joe’s world that we begin to ask ourselves, exactly what do we want to see by continuing to watch this grim journey of rescue and redemption? You Were Never Really Here is a Ph.D in the banality of evil but also in how it thrives most in a world where every surface seems scabrous and infected. The further we get into it, the more we realize that we’re aren’t so much watching another revenge story unfold, but we are enduring a cross-examination of ourselves as audience members. How many dramatizations of childhood prostitution do we really need to see, even if only to watch a righteous brute like Joe destroy the perpetrators? Probably fewer than we end up watching, if all we’re looking for are base reminders of the kind of evil that hides in plain sight.

But that cross-examination isn’t the point of the movie. It’s to subvert our expectations of Joe’s particular arc, and also that of his young charge, Nina, a girl heinously betrayed to serve the vilest appetites of the infinitely corrupt. From the start, we see Nina is a kind of survivor that we don’t often get in action movies, one whose own ordeal has forged a kind of resolve that belies her young age or predicament. By the time Joe decides to rescue Nina a second time, it’s become clear that Nina might be the one in need of a rescue, but it’s really Joe who needs saving.

We see it most in the moment of truth, as Joe and Nina have a conversation together in a roadside diner, before we never get to see what becomes of them beyond the end credits. Joe gets a moment to himself and entertains in shocking detail what kind of thoughts occupy his haunted mind. What Nina says next, and how she says it, and how Joe reacts all come together in an instant. But its enough to make anyone believe that maybe, just maybe, we can survive the horrible crimes that others have inflicted upon us. 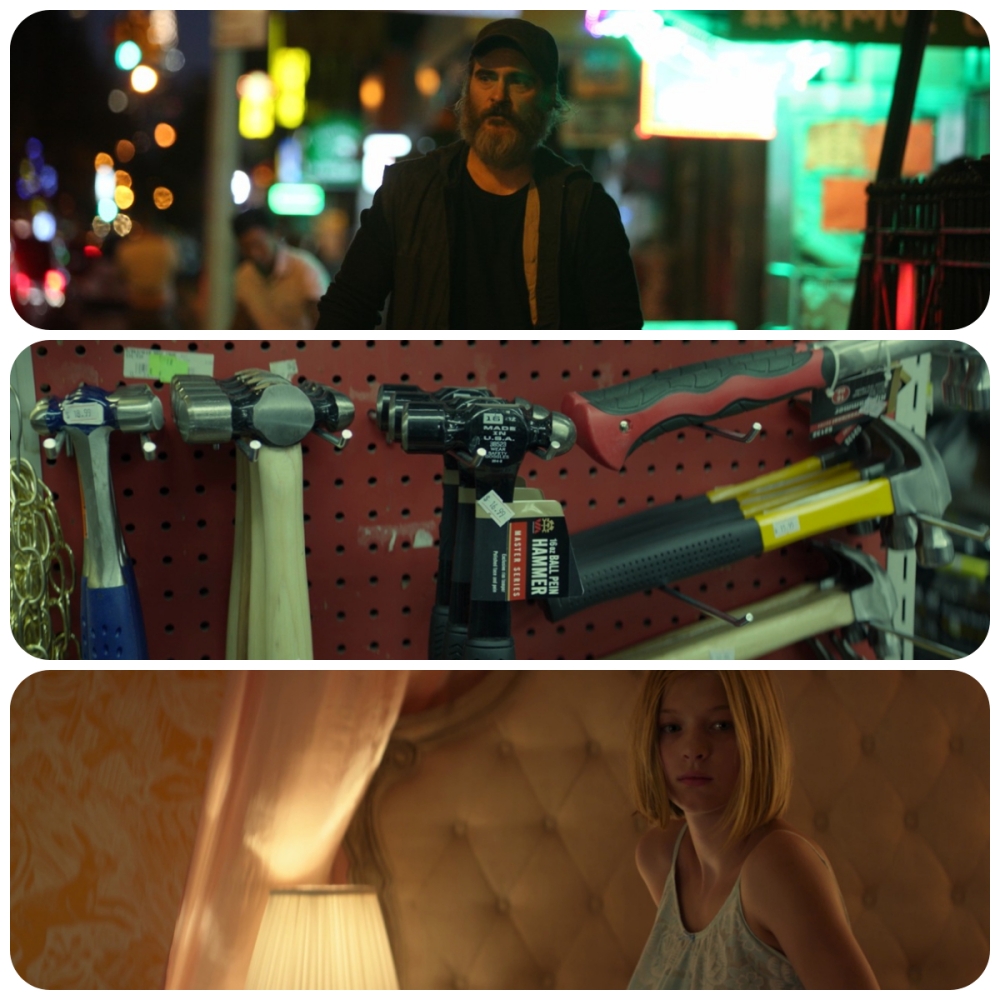